Shut your eyes, reader. Do you hear the thundering of wheels? Those are the Stolypin cars rolling on and on. Those are the red cows rolling. Every minute of the day. And every day of the year. And can you hear the water gurgling – those are the prisoners’ barges moving on and on. And the motors of the Black Marias roar. They are arresting someone all the time, cramming him in somewhere, moving him about. And what is that hum you hear? The overcrowded cells of the transit prisons. And that cry? The complaints of those who have been plundered, raped and beaten to within an inch of their lives.

…And even the last human hope that there is something better ahead, that it will be better in camp, is a false hope. In camp it will be …worse.[1]

It was August when Gerhard’s transport left for the unknown. The moment of leaving was a powerful one according to Thomas Sgovio: “Our train left Moscow on the evening of June 24. It was the beginning of an eastward journey which was to last a month. I can never forget that moment. Seventy men … began to cry.”[2]

Gerhard was fortunate. His transport to the gulag occurred in Fall 1934, one of the best times of the year to make the journey. Every available method of transportation was used to move the prisoners – trucks, trains, barges and feet.

Not only did the Bolshevik government go to great lengths to maintain the pretense of a functioning justice system, it did its best to hide the fact millions of innocent Russian citizens were being exiled to distant slave labour camps. Transports always left at night, but people knew. They ran alongside the wagons calling out the names of loved ones. The Black Marias or Black Ravens were the transport trucks and the Stolypins and the red cows were the railway cars prepared to house human cargo at maximum discomfort. A hole in the floor for obvious reasons, bars on the windows and sometimes a small stove. Signs on the sides of vehicles disguised the true purpose of the transport: Bread, Fruits/Vegetables. Perishables. 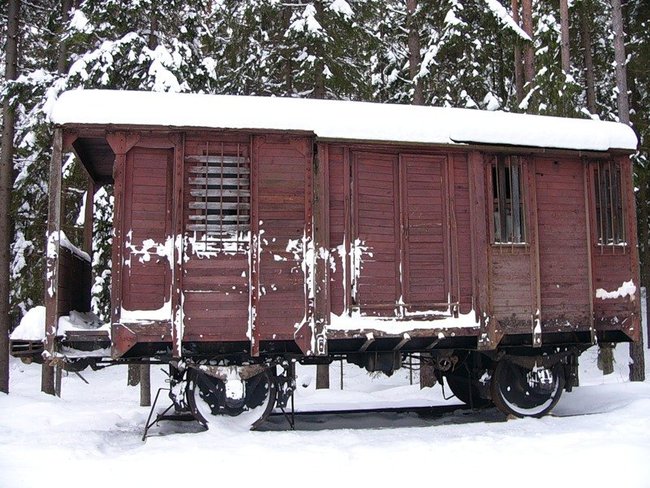 Gerhard’s transport stopped at the various transit prisons he mentions along the way. Alexandr Solzhenitsyn, who was there in his time, described them like this:

Kirov: Two guards jammed prisoners into their cells with their boots; it was the only way they could get the door to close. There were so many bedbugs they went on biting in the daytime …[4]

Kotlas: It was simply a piece of land divided into cages by fencing and the cages were all kept locked. …people simply lived there on the ground, beneath the heavens.[5]

The barges: Solzhenitsyn paints a pitiful picture of the “capacious and potbellied barges” carting their “gray mass from living Russia to the dead North.”

The whole barge was alive with lice, and the convoy allowed the prisoners to go up on deck one by one to brush the parasites off into the water.[6] People were thrown into the trough-like holds and lay there in piles or crawled around like crabs in a basket. And high up on the deck, as though atop a cliff, stood guards. Sometimes they transported this mass out in the open without any cover, and sometimes they covered it up in a big tarpaulin-in order not to look at it, or to guard it better, but certainly not to keep off the rain. The journey in such a barge was no longer prisoner transport, but death on the installment plan.[7]

Ust Vym: Prisoners had no bowls and were fed their gruel from wash basins ten at a time, leaving them to race each other gulping it down.[8]

Knyazhpogost: Latitude 63 degrees north. Shacks built on a swamp; their pole frames covered with torn tarpaulin tenting that didn’t quite reach the ground. During the day, the wet mud squelched through the flooring, and at night it froze. They fed the prisoners the same thing every day: a mash made of crushed grits and fish bones. There were no bowls or spoons or forks. The prisoners were herded to the boiler by the dozens and the mash was ladled into their caps or the flaps of their jackets.[9] 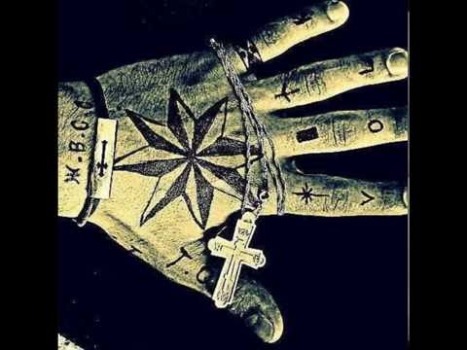 Like most other countries Russia has a strong criminal culture: think the Yakuza in Japan, the Triads in China, and the Mafia in Italy and North America. In Russia they are the Urka, or Blatnoi, or Vory V Zakone. They operate under their own rules, one of which was to never cooperate with the authorities. Consequently they became a thorn in Stalin’s side and were well represented in the prisons and in the forced labour camps. In prison they were the highest class of prisoner and were, for all intents and purposes, in charge of keeping order. So much for never cooperating with the authorities. The urka had their own well-defined hierarchy and if you were not a part of it then you were at the bottom of it. They had the best places to sleep, the best food and anything else they wanted from the “enemies of the state.”

The professional criminals would descend upon the other prisoners in what appeared to be a mad fury, throwing them off bunks in barracks or trains; stealing what remained of their clothing; howling cursing and swearing.[10]

They did not work but they were allocated a full ration; they levied a money tribute from all the “peasants,” those who did work; they took half of food parcels and purchases from the camp commissary; and they brazenly cleaned out the new transports, taking all the best clothes from the new comers.[11]