Dear Readers: Episodes 15 and 16 will be released on the same day because Gerhard’s Journey is anxious to get out of the time machine.

In the last episode, the tsar took a crack at democracy, but the wrong people were elected. 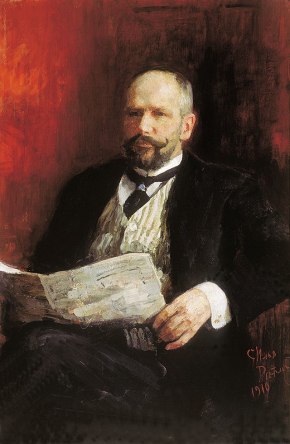 The first election went so poorly for the tsar he dissolved the parliament, fired his prime minister and ordered the replacement, Pyotr Stolypin, to rig the rules so the proper right wing delegates would be elected. Over the next few years a more conservative parliament was elected by placing additional weight on the votes of nobles and the wealthy and reducing the weight of lower class voters, such as landless peasants and other workers. Mennonites recognized it was not an option to ignore the new realities in Russia; they must participate and try to shape policies favouring their privileged status. In the third parliamentary election, Mennonite estate owner Hermann Bergmann was elected, and in the fourth parliament estate owner Peter Schroeder joined him in the Duma. “With eight times the representation warranted by their population, the Mennonites were surely the most over-represented ethnic group in the fourth Duma.”[1] Unfortunately the Mennonites had backed the wrong horse. Instead of preserving their precious privileges, by the time Gerhard was born in 1911, they were not only “threatened nationally as Germans, religiously as a non-Orthodox ‘sect,’ and economically as an overly-prosperous non-Russian ethno-religious group,”[2] politically they now opposed the Russian government.

This period between 1905 and World War I was a period of contradiction. There was unprecedented freedom and unprecedented repression. The October Manifesto granted ordinary people the right to vote, freedom of speech and assembly. The tsar had to tolerate harsh criticism in the numerous publications that sprang up almost instantly. Mennonites established two newspapers, the Friedensstimme (Voice of Peace) and the Botschafter (Ambassador).

It was also a time of terror and repression. “Between 1906 and 1909, revolutionaries killed 7,293 people, of whom 2,640 were officials, and wounded 8,061.”[3] A Report by Ministry of Internal Affairs Police Department to the State Duma on February 19, 1909 shows 2,118 executions carried out between 1905-1908. A further 1,166 people were executed between 1909-1913.[4] In fact, so many revolutionaries and suspected revolutionaries were hung during Stolypin’s tenure that the hangman’s noose became known as “Stolypin’s necktie.” 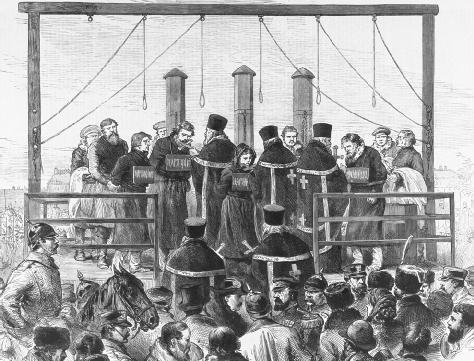 With the tsar on the sidelines, Mennonite leadership supported the provisional government which was attacked by revolutionaries and anarchists on all sides. Groups loyal to the provisional government instigated hundreds of pogroms against Jews across Russia. “Monarchist societies, such as the Union of Russian People, the Double-Headed Eagle Society, and others, which were referred to by the general name of the Black Hundreds, played a prominent role in the organization of the pogroms.”[5] In Odessa “between October 18-22, 1905, ethnic Russians, Ukrainians, and Greeks killed over 400 Jews and damaged or destroyed over 1,600 Jewish properties.”[6] In Rostov, 70 kilometres from Gerhard’s home village, 150 Jews were killed. 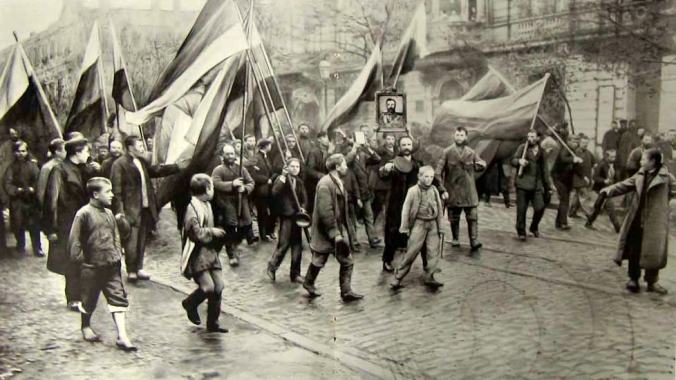 Children and thugs marching for the tsar.

Where did the Stille im Lande stand with respect to the murder and mayhem of the pogroms? Did they rush to help ? Instead they blamed the victims. Editor of the Mennonite newspaper Friedensstimme Abraham J. Kroeker reported on the Bialystok pogrom in which “only” 88 victims died:

That the Jews themselves, partly due to their infinite capacity for revolution on the one hand, and also due to their heartless blood-thirsty business machinations on the other hand, have provoked the anger of a portion of the population against them, is a fact.[7] 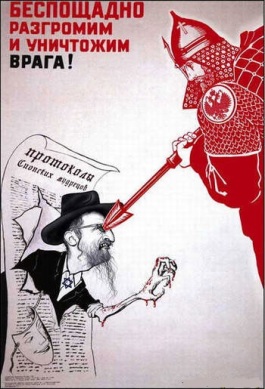 A. Reinmarus (David Penner), an ethnic Mennonite revolutionary, believed most of the large landowners were anti-Semitic and many Mennonites belonged to the monarchist organizations like the Black Hundreds, including one Mennonite who actually served as chairman of the local chapter.[8]

And yet, economically things were looking up for Mennonites.

As unrest abated, the Russian economy recovered: industrialization and capitalism began to take root; the railways carried prosperity to the people; state finances revived and living standards rose. The period between 1905 and the First World War was a brief golden age for Russian industry, with factory output growing by 5 per cent per annum. In St. Petersburg the population swelled as it became an important centre for metalworking, textiles and shipbuilding. In the south, the iron and steel industries boomed. Output of coal more than doubled, and the expansion of oil extraction in the Caucasus brought prosperity to Baku and other cities.[9]

Land values doubled during this period, production peaked in the milling industry and the agricultural equipment industry. Mennonites were doing better than ever.

At the same time the wealthy became targets. Estate owners left their estates to be run by resident managers and returned to the protection of the colonies. Others hired armed Cossack guards to patrol their lands. “In 1906 the rich mill owner Abraham Niebuhr [see Episode 13] and his wife Katharina were attacked in their home, robbed and severely beaten. Abraham later died of his injuries.”[10]

[10] Loewen, Helmut-Harry and Urry, James, Protecting Mammon. Some dilemmas of Mennonite Non-resistance in Late Imperial Russia and the Origins of the Selbstschutz, Journal of Mennonite Studies, Vol. 9, 1991, page 38.